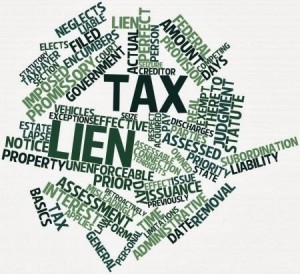 The order of priority for claims against a property is typically done by a number of factors that are set by the state or county statute of the property. The most prevalent one found in almost every county is a race notice factor. This means the priority is determined chronologically based on whatever gets recorded first. If a specific lien against the property is record on a certain date, any additional lien or mortgage that is recorded after that have secondary priority and so on. There are many cases  where two mortgages are done at the same time, a first mortgage and a second mortgage on the same piece of real estate. So, in general, you’ll find that that race notice factor kicks in so that an earlier recording has a priority over later recording. However, there are exceptions to that rule.

Certain types of liens, such as government issued liens, have automatic priority by statute. For example, if a tax bill is not paid on a piece of real estate then the tax bill has first priority on claims against the property. Additionally, some other types of liens such as mechanics liens may have some priority because they can’t get wiped out by a foreclosure.

So how does one clear a lien on a property title? Even if a lien is paid off and the debtor has paid the amount owed under that lien or mortgage, the lien still remains on the property until the creditor files a lien release saying it’s off the title. 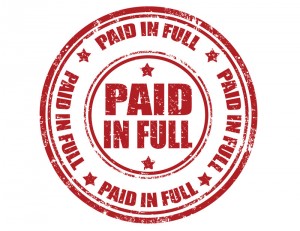 A lien release document is a separate recording which cancels out a previously recorded lien or encumbrance on that property. For example, if a lien is filed on a property and later on that lien is paid off or removed from the property, the original lien document remains in the same place, or book, it was recorded originally. So, even if the lien has been cleared and you’re looking through the book which has it recorded, you’re going to see lien. It’s not going to be removed or get stamped paid and clear. Nothing is actually going to happen to that document and it will remain in that book. In fact, it is illegal for a county recorder to alter or remove a document. It must remain in place.

For a lien to be officially, legally, removed from a property a separate document, a lien release, must be filed. This filing could be several years later and in a separate book which corresponds to the original lien. It will state that the property is now released from a claim or cloud on that title and will reference what book and page the lien was recorded.

To properly get a title search abstracted correctly you have to make sure both documents, the original lien and the lien release, are reviewed, that they match up, and that it is a full release. A lien release could be a partial release or it may be a contingent release. The documents must be reviewed in their entirety to make sure they completely wipe out the underlying lien.

The same holds true for a mortgage. Mortgages can be released, partially released, or reduced in value. Simply looking at the release to see that it’s there is not enough to ensure that it’s gone from a cloud on title.

At the same time it’s also important to make sure the information matches up correctly. Just because the same lender and the same holder are on both documents doesn’t necessarily mean they correlate to one another. You want to read through the details of the release to ensure that it matches the original recording. Be sure to double check that the book and page match, the legal description matches up, and the amount matches up, basically that everything is the same so you know that it’s cleared out. 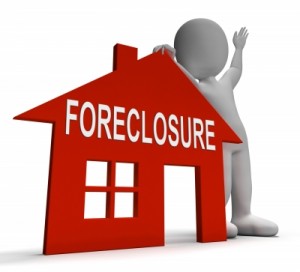 “The U.S. foreclosure numbers in 2014 show a foreclosure market that is close to finding a floor and stabilizing at a historically normal level,” said Daren Blomquist vice president at RealtyTrac. “But a recent surge in foreclosure starts and scheduled foreclosure auctions in several states in the last few months of 2014 indicate that lenders are gearing up for a spring cleaning of deferred distress in the first half of 2015 in some local markets.”

Foreclosure filings, which include default notices, scheduled auctions and bank repossessions, in the U.S. this past January totaled 119,888 properties. This is a 5 percent increase from December 2014 but a 4 percent decrease from a year ago. The main cause of the 5 percent increase can be attributed to the number of REOs, or rather bank repossessions, which increased by 55 percent making it the highest monthly total of REOs since October 2013. This increase also indicates that the “spring cleaning” Daren Blomquist anticipated got off to an early start in 2015. Daren also said, “the number of future foreclosure auctions scheduled continued to increase in many states, foreshadowing more foreclosure spring cleaning to come in the next several months in those.” 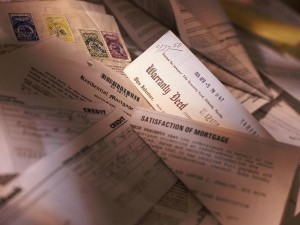 In theory, a commercial property title search would run exactly the same way as a residential property. The records are generally in the same location and the logic behind running a search is the same in the sense that the same deed books and files are being examined. However, there are a couple differences to be aware of.

First of all, there may be UCC filings on a commercial property to be conscious of, which are less likely in a residential property. A UCC filing governs commercial transactions and essentially states that an individual claims an interest in someone else’s property, typically as collateral for a debt. These are filed in the Secretary of State’s office which allows the creditor to have a security interest in the debtor’s personal property. There could also be leasehold interests, which are created by a written lease and gives someone the possession and use of a property for a stated period of time.

A name frequency factor could also exist. Normally, the name on a commercial property is a corporate entity, not an individual. Now, this corporate entity may have several variations of the name. Sometimes it may be listed as Inc., while other times it may be written out as incorporated. There could also be abbreviations of that corporation. In some cases, a parent and subsidiary corporation could own the building and operate the business. Thus, with all of these variations, making sure that the correct records are analyzed for that title search is an important part in making sure a commercial property title search is performed correctly. 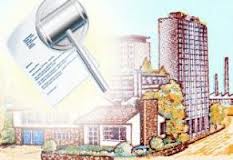 In addition, there can be records on a commercial property which normally aren’t seen on a residential property. For instance, blanket mortgages that cover all properties that a particular entity may own. There may also be common deeds between multiple parcels at that commercial location. For example, a house is normally only a half-acre or less with a single building or structure on it. A commercial property may be larger in size, have more complex ownership, or have multiple complex structures on that parcel. In addition, there may be a variation of names on the tax assessor versus the ownership. In many cases, a commercial property owner will have a tax preparer or agent handle their real estate tax payments for them, whose name is then on the tax assessor’s site. Therefore, a person listed on the tax assessor is not necessarily the owner; they may simply be an agent that handles paying the taxes.

Another variable that can be found with commercial real estate is a sale and leaseback. This occurs when an individual who owns a property sells it to a corporation and then leases it back to the entity that’s actually running the business in that location. When this occurs there can be clauses for the tenant which affects the property. There may be purchase option clauses or clauses to make sure that the property is maintained with certain zoning.

Lastly, a big factor in commercial property title search is the variation of types of property. For example, a single barber shop in a small building requires much less complex research than a mall that may have multiple parcels or the Empire State Building which may get into ground leases and air rights and all other types of factors.