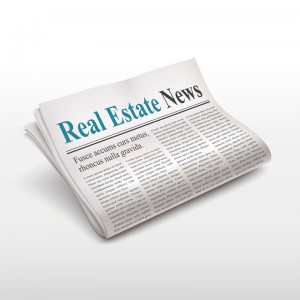 When reviewing the housing market over the past year it is safe to say that it was a decent, but not great, year. This can be attributed to the low level of properties for sale in many markets in the U.S., which foreclosure rates specifically contributed to. The continued decline of distressed properties, since its peak in 2010, has limited the available inventory in the housing market.

Other factors that contribute to the current inventory of existing homes being lower than it should are homeowners not having enough equity to sell their homes right now to move to new properties or them being under/behind on their mortgages.

So what does this mean for the housing market looking forward?

In order to forecast what’s going to happen in the rest of 2015’s housing market, we should apply the concept of supply and demand. In regards to homeowners not having enough equity, Rick Sharga, executive president at Auction.com, seems to think, “As home prices increase, and borrowers pay down their balances, this situation will ultimately resolve itself.” In an article by RealtyTrac, Rick goes on to say, “On the new home front, builders continue to proceed with caution – January single family housing starts actually fell from relatively weak December numbers – and the homes being built tend to be higher-priced than what entry-level buyers can afford. Until these situations change, low inventory will keep sales relatively flat, and keep prices relatively high.”

Additionally, Daren Blomquist, vice president at RealtyTrac, gave his two cents on the matter saying, “Given that August 2006 was the peak of the housing bubble, this eight-and-a-half year low in foreclosure activity is a significant milestone and a sign that nationwide foreclosure activity is on track to return to historic norms this year — and is possibly even headed below historic norms given the skinny-jeans-tight lending standards over the past five years. In markets where foreclosures were processed more efficiently we are seeing foreclosure numbers now below pre-crisis levels in some cases. Conversely, the cleanup of deferred distress is continuing in markets where a logjam of in-limbo foreclosures is still lingering from the housing crisis — as evidenced by rebounding foreclosure activity in those markets.”

Due to the pricing of new homes not being the targeted price-point of entry-level buyers and the recent activity and inventory of foreclosures, the U.S. can expect the housing market to be relatively weak for the rest of 2015, or rather, another year of slow, incremental growth.